Reglo AS has now received its first order for the Liftman Fold from Statoil and the Snorre-production. The Liftman Fold has been in use for approximate 6 months, and after its trial, Statoil decided to purchase the trial unit along with more units, as the use of the Liftman Fold has proven its worth – increasing the efficiency on the platform with respect to doing maintenance “in the height”, and also lowering the cost as the use of scaffolds is heavily reduced. Pure and simple, it saves a lot of time and unnecessary costs of rigging at the worksite. 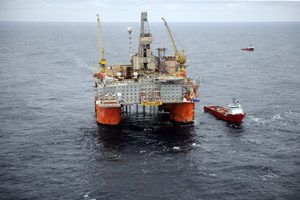 Statoil is an international energy company with operations in 37 countries. Statoil has over 40 years of experience from the oil- and gas production on the Norwegian Continental Shelf, where they use technology and innovative business solutions to meet the world’s energy need in a responsible manner. Statoil has its headquarter in Stavanger, Norway and employs approximately 22.000 workers all over the world (source: www.statoil.com). 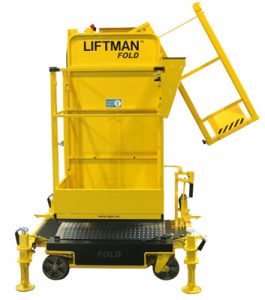 During the trial period it became evident that the solution was increasing the efficiency of the personnel doing the maintenance on the offshore installation at Snorre A. As the operators of offshore installations are looking for possible ways to increase productivity and lower the cost of operations – without compromising the safety regulations, the fit between the Liftman Fold and its features and the operator’s business model is perfect.

From the preliminary calculations it is assumed that the cost of the units purchased will be recouped within a few months.

The Liftman Fold also represents little maintenance – it only requires compressed air to run, and represents no danger to the environment where fumes and gases may be present (ATEX-compliant). Similar lifts running on EX-batteries, do have higher running and maintenance costs, as the batteries need regular checks and replacement, along with other components which are consumed when the battery driven lifts are in use.

The man lift Liftman Fold is designed for offshore maintenance work in the height. It can be used both indoors as well as outdoors. It is easy to transport the unit indoors and through doors, elevators and narrow passages due to its design with a foldable mast (low height). The product is also very relevant for chemical plants as well, where the lift easily can be moved around inside buildings and to different levels using elevator.

We foresee future orders from other operators of off shore installations.

You can read more about the product here: Liftman Fold

The article is Norwegian only, and can be read here.