The wing of an Airbus airliner is a very large piece of equipment and its paint finish is critical to its performance and life. Before painting, the entire surface of the wing must be prepared, and of course the paint must be applied correctly to provide the specified film thickness to all parts.

C & S Equipment, Reglo’s partner for the UK-market, has again been chosen as the sole supplier for man lifts for Airbus. This time the project is to replace the current Wall-man man lifts, which has been used for many years.

Airbus in Broughton – located in North Wales – has a proud tradition of aerospace manufacturing going back three-quarters of a century. Nowadays, the site assembles wings for the entire family of Airbus commercial aircraft. Its activities include: wing skin milling, stringer manufacture, full wing equipping and wing box assembly as well as manufacturing, engineering and support functions such as procurement and finance (source: www.airbusgroup.com).

Examples of how Wall-Man man lifts are used are best explained if you consider the manufacturing process. Each wing consists of a number of spars or stringers which, when assembled, form the framework of a wing. When hydraulics and controls are added, the aerofoil surfaces are finished and this is now the wing that is shipped further for final assembly to the fuselage and engines hung from the wing mounts.

Each spar is machined from a lightweight alloy, then hung on an overhead conveyor which takes the parts through a paint booth where operators, standing in Wall-Man man lifts, apply a technically complex paint finish. Parts then travel through to the curing ovens.

Other spars need to be etched and anodised. Typically A380 wing spars travel on overhead cranes which lower these 30 m long sections into various chemical dip tanks. The final process before assembly is Non Destructive Testing (NDT). Uniquely Wall-man man lifts are used to ensure the penetrant fluids are properly applied, then to inspect under UV light to detect if any hairline cracks are present. 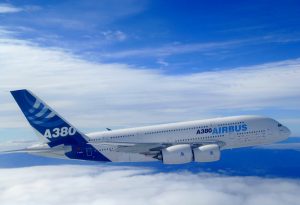 The smaller A320 series wings are painted externally in the customer’s livery by operators using Wall-man man lifts. Here there are a pair with operators working on each side of the wing – as it’s been turned through 90 degrees and held in a large jig. With (4) Wall-Man manlifts per booth the Broughton site boast (28) Wall-Man manlifts in a single building just on this activity.

Repeat business is always a sign of a good product and good service.